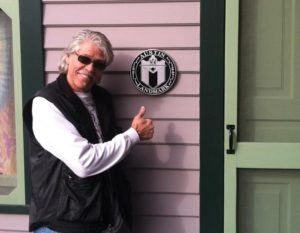 Becoming a medium was never something that I felt was part of the big picture. For the first year after my 2006 Angel Therapy© workshop, I managed to do several angel readings as I worked my regular job in construction. I was reaching the pinnacle of my work in the area of historic restoration, and completing one of my last two crowning achievements with my career in Austin, Texas.

The Wilkins-Heath House had a rich history connected to a colorful Texas character in the Old West. This became one of my final offerings in construction which lasted for over two years, but this restoration eventually became one of my award-winning houses. The Wilkins-Heath was my crowning achievement as I completed a thirty-three-year career and transitioned into my new life of service in the spiritual arts. This was a special time in my life, as I found myself going through an awakening. 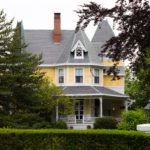 Initially, I turned down the two-year Wilkins-Heath project, citing reasons that it was too big a job and too large a commitment. The owner eventually talked me into bringing the 1880s Queen Anne Victorian back from the ashes to a museum quality finish. The owner’s husband had begun the project and tried to do most of the work himself. He was injured while working on the foundation and with a history of clinical depression, the setback became overwhelming. The result was the taking his own life.

The project became somewhat of a memorial tribute to the fallen housing soldier, who had dedicated his life to restoring the Wilkins-Heath back to its full grandeur, and I was the chosen one for the job. The Wilkins-Heath became the backdrop for my transition into the world of intuitive reading and energy healing. One of my intern readings needed in order to get certification as an Angel Therapist©, was done sitting on the porch of this incredible structure. During that reading, three deceased people appeared. It was unexpected, amazing, and a little perplexing.

I would do the intern readings with my eyes closed to limit distractions. When I opened my eyes after this reading, my client was crying. My description of one of her dearly departed friends had come through in great detail. I walked away wondering what had just happened. Why would an angel reading turn into a medium session, and how does this intuitive reading business really worked? 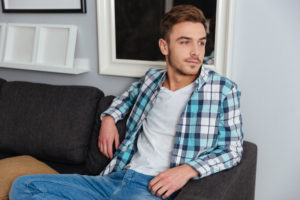 The next day, she met me in the driveway with a photo of the man that I had channeled the day before. It was shocking to see the details of the man that had appeared during her reading…shocking in a sense of the accuracy when comparing my vision to the photo image. She later told me that she was certain that I was going to pop out with his favorite song (lol). The healing energy around that intern reading was magical. The lessons were invaluable. The experience was life changing. The affirmation was heart-warming.

As I worked toward honing my angel communication skills, this type of connection with the deceased occurred over and over again. The frequency of deceased loved-ones showing up in angel readings led me to return to California for Doreen Virtue’s medium class in 2007. Limited to twenty people, being in the circle with Doreen and the other people lucky enough to get a seat in that circle, created another life-changing experience. Every medium experience began to make sense from the teachings shared under the guidance of a world-class professional with 25 years of experience. Doreen gave us permission to use the curriculum to teach others her proven method, as she was soon to retire from teaching that class. I had taken strong notes during her class, and that curriculum became the original framework for my medium workshops.

Then in 2011 during a reading, my client gave me an unexpected communication from my deceased father. My brother had been given up at birth for adoption, and that event  had become a family secret held for over fifty years. The information from that reading led to locating my brother and I began to make sense out of the shift that occurred in my life and the transition from General Contractor to Angel Therapist©. The fulfillment felt when finding my brother, was an experience that cannot be described in words. Nor could the feeling that came when a client delivered messages from my deceased father that immediately led to that connection. I was destined to become a medium, and to find my lost brother by simply having the courage to explore my gifts.

I had the amazing opportunity to return to the Wilkins-Heath House in a different role as a teacher. Some of my first workshops were held there. They were titled “The Secrets of a Medium”. The energy of the house served as a perfect backdrop for learning such a skill. I have now successfully helped others learn to channel a deceased loved one for personal reasons or to launch their medium career. The ability to channel a deceased person goes much further than what might be implied with this activity, as I have discovered that any practice that leads to soul-to-soul communication is as much a personal benefit as it is a professional one.

Whether I am working through deep personal family issues or engaging in energy healing, mediumship always provides the most invaluable and insightful information through spirit communication. The IEL Institute for the Spiritual Arts encourages everyone to take this class, regardless of any interest in becoming a medium. This experience will provide amazing opportunities for personal growth, soul-to-soul communication, and rewards beyond the imagination.

Click Here for a full description of our online course dedicated to the 2.2 Mediumship.